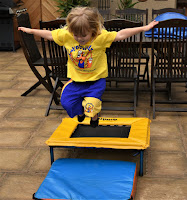 Your child deserves a good start www.catrobatkidz.com
Posted by Catrobatkidz at 6:57 AM